Their research may aid in the development of novel therapeutics for disorders such as acquired von Willebrand syndrome and TTP. 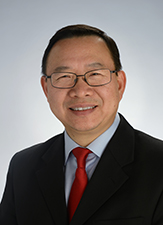 The four-year $1.8 million grant was awarded by the National Heart, Lung and Blood Institute (NHLBI).

von Willebrand factor (VWF) is a large multimeric plasma protein that plays a critical role in hemostasis by capturing flowing platelets onto the damaged vascular wall, allowing the subsequent formation of platelet and fibrin plugs. The inability to process the ultra-large VWF may result in life-threatening thromboses, such as thrombotic thrombocytopenic purpura (TTP). Conversely, excessive proteolysis of VWF may occur as in the cases of von Willebrand Disease or in acquired von Willebrand syndrome resulting from aortic stenosis and extracorporeal membrane oxygenation.

The research teams will collaborate by utilizing single-molecule force spectroscopy and atomic force microscopy to determine how coagulation factor VIII binding to VWF unravels the mechanical forces and induces conformational change in the central A2 domain of VWF, where the ADAMTS13 cleavage site resides. The results of their research will assist in understanding the molecular mechanism underlying factor VIII-dependent regulation of VWF proteolysis by ADAMTS13 under pathophysiological conditions. This may also aid in the development of novel therapeutics for prevention and treatment of the bleeding and thrombotic disorders such as acquired von Willebrand syndrome and TTP.

This project allows both research groups the opportunity to combine their expertise in the areas of TTP, AD¬AMTS13, VWF, and biomechanics.

“Dr. Zhang and I are quite different in training and expertise, but we share a common interest in basic biology of VWF and ADAMTS13. His and my group have collaborated long before this research grant,” Zheng said.

Taking advantage of the unique combination of molecular, biochemical, and single-molecule biophysical tools and skillsets in both laboratories, they will begin to elucidate the molecular mechanisms underlying the cofactor (such as factor VIII)-dependent proteolytic cleavage of VWF by ADAMTS13 and other proteases under mechanical force and under pathophysiological conditions.

Zheng’s laboratory has long been interested in understanding the pathogenesis of and developing novel therapeutics for TTP, a potentially fatal blood disorder. Zheng was among the first group of scientists who discovered and cloned ADAMTS13, a plasma enzyme that degrades VWF. The deficiency of this plasma ADAMTS13 enzyme, resulting from primarily autoantibodies against ADAMTS13, is the primary cause of TTP. Without prompt diagnosis and treatment, TTP is fatal. Therapeutic plasma exchange in conjunction with corticosteroids, rituximab, and caplacizumab has been established as the standard of care to date. Zheng’s laboratory has made seminal contributions in the biology of ADAMTS13, VWF, pathogenesis of TTP, and novel therapeutics of TTP. More recently, Zheng’s research team has focused on the biomechanical mechanisms of protein folding, conformational change, and protein-protein interactions. Understanding these fundamental questions leads to developing a better therapeutic strategy for TTP and other thrombotic disorders.